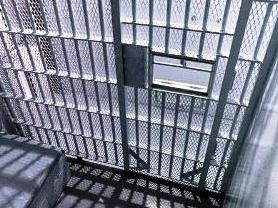 The prisoner identified as Gopinath Swain slit his throat with a sharp object to end his life. After the jail staff found him in a pool of blood, he was rushed to district Headquarters Hospital.

The reason behind him taking to such extreme step was not known.

The jail authorities are investigating into the matter.