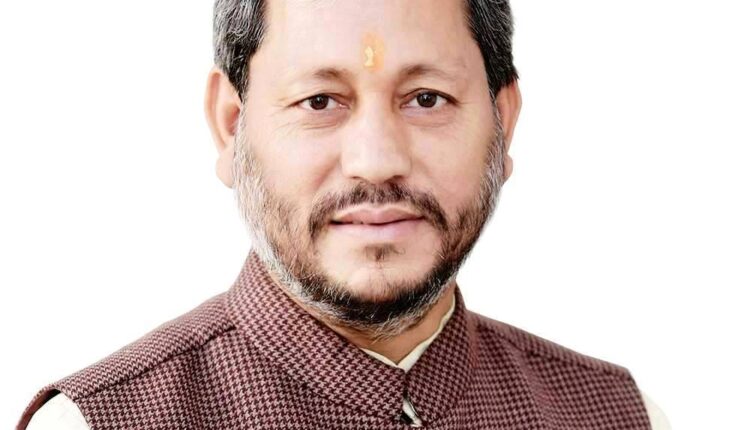 New Delhi: Days within taking over as the Chief Minister of Uttarakhand, Tirath Singh Rawat has been trolled for commenting on women who wear ripped jeans and equating PM Narendra Modi with Lord Ram. Not just this, he was also questioned by his predecessor Trivendra Singh Rawat for easing Covid norms at the Kumbh Mela in Haridwar.

On March 10, Tirath Singh Rawat has sworn in as chief minister of the hill state. The Uttarakhand CM announced that pilgrims need not possess Covid-19 negative reports of tests conducted 72 hours prior to their arrival in Haridwar even, as his predecessor urged the government to exercise caution amid rising cases in the country.

Even as former CM Trivendra Singh Rawat questioned the easing of norms for Covid-19, netizens, including political opponents, trolled Chief Minister Tirath Singh Rawat for two of his controversial comments: One which equated Prime Minister Narendra Modi with Lord Ram and the other which criticised women who wear ripped jeans.

Senior Congress leader and former Uttarakhand Chief Minister Harish Rawat said that praising your leader (Modi) was understandable but it wasn’t correct for the Chief Minister to equate a human being with Lord Rama or Lord Krishna.

In Haridwar, Tirath Singh Rawat said that for the good work he has done for people, Prime Minister Modi would be worshipped like Lord Ram.

Trolling Rawat for his ripped jeans comment, women from all age groups flooded social media with pictures of them wearing ripped jeans.

Even a BJP leader said Chief Minister Rawat should have avoided making such unwanted comments.

“Chief Minister Rawat must set his priority right a year before assembly elections. He must focus on governance and controlling resentment within the party which forced the removal of Trivendra Singh Rawat from the office,” a senior saffron party leader suggested.

But another BJP leader, while defending the Uttarakhand Chief Minister, said that both the comments equating PM Modi with Lord Ram and the one on ripped jeans have been blown out of proportion.