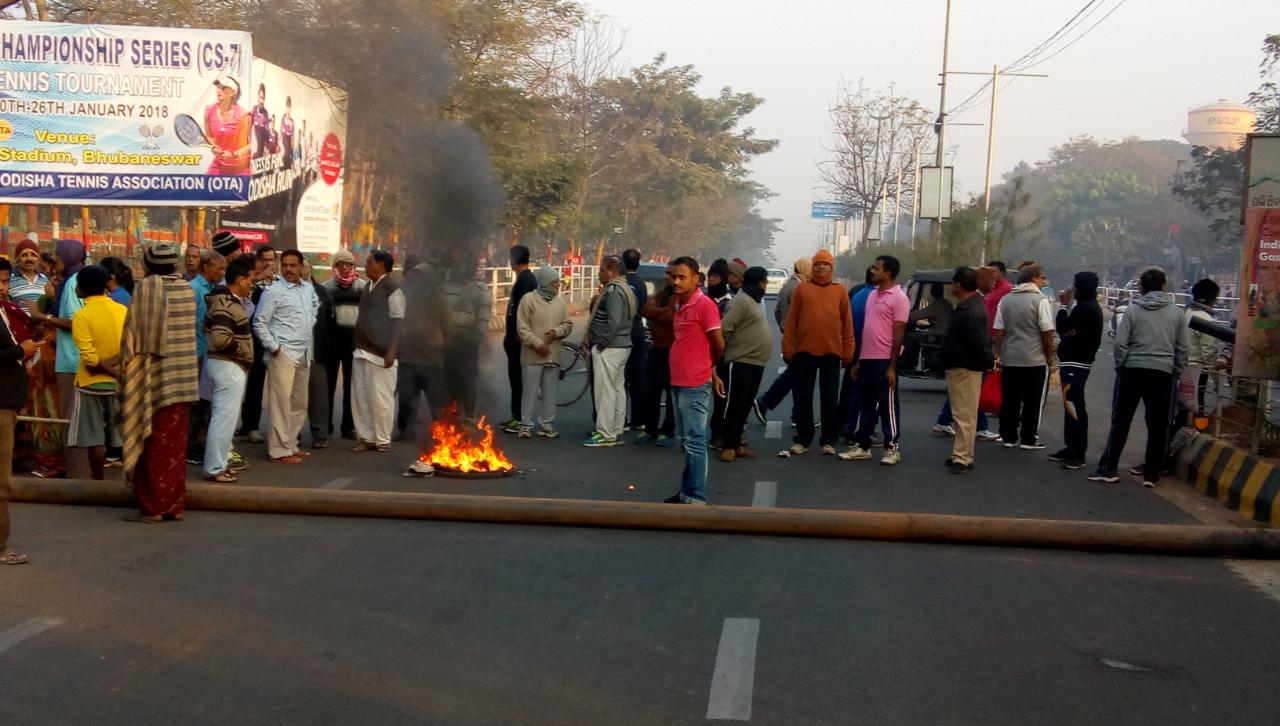 Bhubaneswar: A person died and his wife sustained critical injuries after being hit by an unidentified vehicle in front of gate no. 8 of Kalinga Stadium in Odisha capital this morning.

The deceased was identified as Dambarudhar Behera (50). His wife has been admitted to Capital Hospital here for treatment.

Tension gripped the spot following the mishap as irate locals staged road blockade by burning tyre demanding compensation for the family of the deceased. On being informed, police reached the spot and tried to pacify the locals.

They have alleged that gates of the stadium remain close these days in the morning for which people are having their morning walk on roadside. The accident was a fallout of such decision of the stadium authorities, the agitators alleged.

In pics: Ravenshaw Mahamilan brings who’s who in many fields under one roof