Video viral: Accused made to do sit-ups for assaulting doctor in Odisha 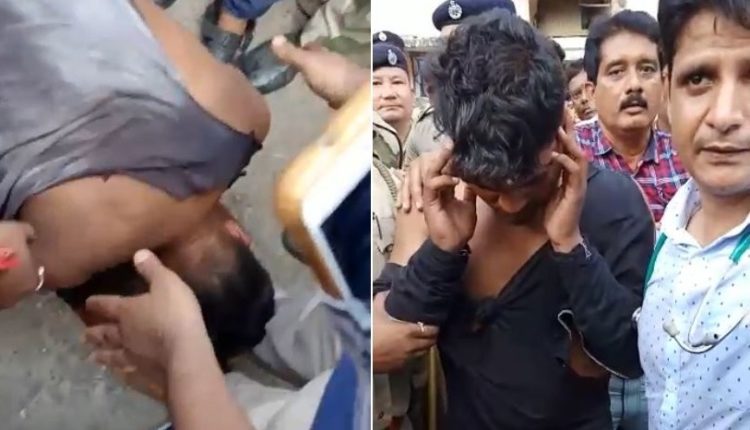 Burla: A youth has been made to do sit-ups, confess and apologize for allegedly assaulting a doctor in Odisha government-run VSS Medical College and Hospital here. A video of the incident which took place yesterday on the premises of the premier healthcare facility have gone viral on social media platforms.

Reportedly, when three youth attacked a doctor of the hospital, junior doctors and others present nearby overpowered them and hand them over to police at the outpost in the hospital campus.

“Two persons involved in the incident have been arrested last night. The video has come to our notice. The incident is a matter of probe. A detailed probe is underway. I can only comment after receipt of the probe report,” said Kanwar Bishal Singh, SP Sambalpur..

“Three miscreants attacked a neurosurgeon while he was heading towards the operation theater. One of the attackers’ relative was admitted to a private hospital and they wanted the doctor to visit there. When he expressed his inability, he was attacked by the trio,” Sanjeev Mishra president junior doctors association.

As per sources, the attackers wanted Dr Acharya Suryakanta Pattajoshi to see a patient admitted to Samaleswari Nursing Home – a private healthcare facility – during the day which was turned down by the doctor. The patient is said to be the father of one of the attackers and was undergoing treatment under Dr Pattajoshi.

After apprehending the trio, they were beaten up, shirts torn and made to do sit-ups. The incident happening in the presence of police personnel has raised many eyebrows. While tension prevailed on the campus, additional Superintendent of Police and SDPO reached the spot yesterday to take stock . Two platoons of police personnel were also deployed to prevent further flair-up.

Odisha Medical Services Association (OMSA) General Secretary Punyashloka Das said a fact-finding team will be sent to the hospital to probe the incident. Meanwhile, a case has been registered against an assistant professor of the medical college and hospital in this connection.