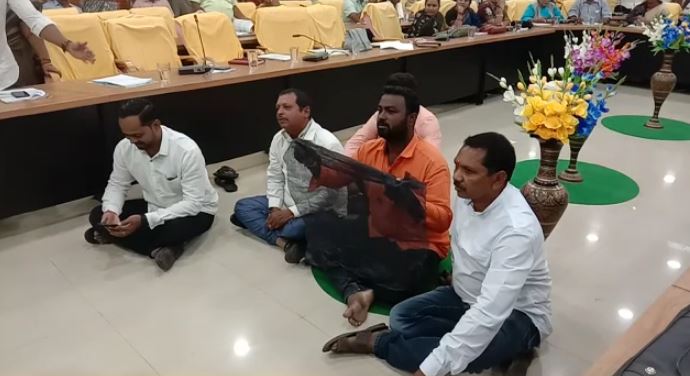 The corporators alleged that the CMC was not taking adequate steps for development of their areas in the city.

“I had no intention of showing black flag to the Mayor. They are not paying attention towards the demands of the corporators regarding welfare measures. Tenders are not being floated for developmental works,” said Deepak Das, BJP Corporator, CMC.

“At the meeting, a corporator raised an issue of a contractor delivering sub-standard work, to which the Commissioner said that they will look into the matter after completion of the works. The CMC’s preparation for the upcoming puja season is not proper at all,” he said.