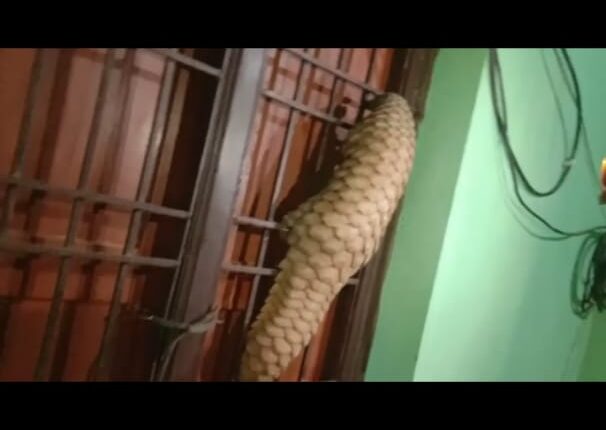 Balasore: A pangolin was rescued by villagers and later handed over to forest officials at Daripokhari village under Oupada block in Balasore district last night.

According to reports, some youths of the village spotted the pangolin roaming near a canal in the nearby locality at around 8.30 PM and raised an alarm. Later, one Pradeep Kumar Rout rescued the the animal and handed it over to Dantur Forest Beat House.

As per the DFO’s direction, Forest Ranger Babita Soren reached the spot and initiated health checkup of the animal. The DFO and Assistant Conservator of Forests (ACF) Sameer Kumar Sahu also have begun an inquiry to find out where the pangolin came from.

Meanwhile, it is suspected that the pangolin has escaped from Kuldiha Wildlife Sanctuary.

“The pangolin will be released into a suitable place once the health checkup is done,” informed  the Forest Ranger.