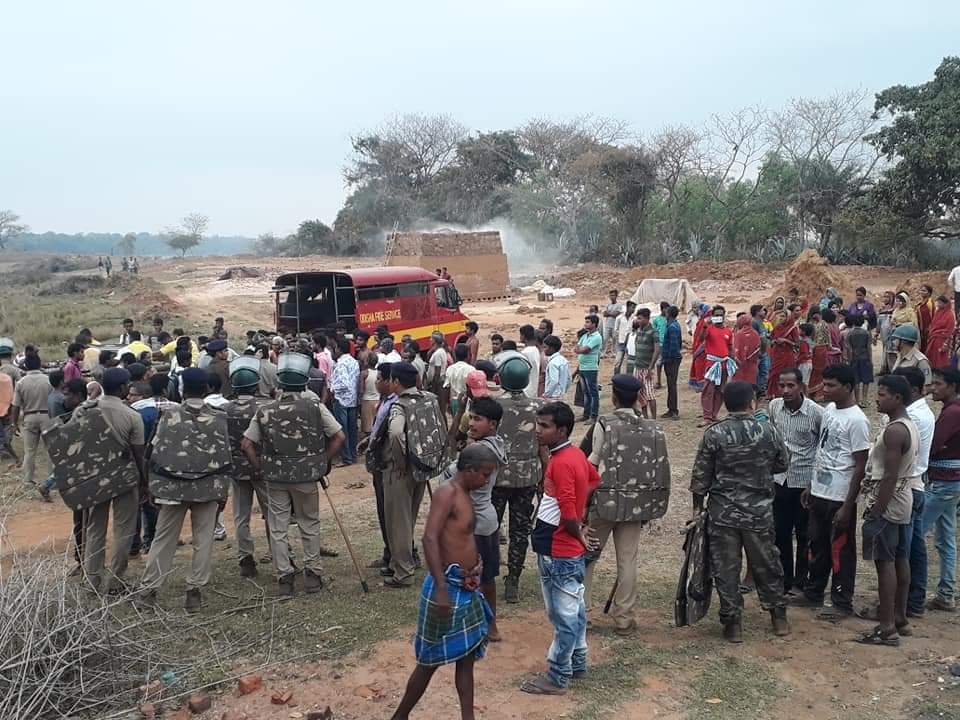 Bhadrak: At least two persons were injured as a violent group clash erupted between two groups at a village over an ongoing land dispute in Odisha’s Bhadrak district today.

According to reports available, tension escalated between two groups at  Belamela village of Dhamnagar area over encroachment of a piece of government land and later they set afire a house in the presence of police personnel causing massive damage to valuables and properties worth lakhs of rupees.

The reports further added that a family in the village was trespassing on the government property, meant for construction of a pond for the entire village. The family had already built a house and was residing on the land, much to the displeasure of the other villagers.

As preparations were being made this morning for the digging of the pond, three brothers of the family, Bichitra Swain, Anta Swain and Chitta Swain attacked the villagers, who in turn retaliated with fisticuffs and set their house on fire.

Following this, the irate villagers obstructed the entry of fire brigade to douse the fire. Efforts were made by the police to pacify the crowd.

One platoon of police force has been deployed at the spot to prevent any untoward incident and to keep the situation under control.

The injured have been admitted to the Bhadrak district headquarters hospital.

Over 50 taken ill at Odisha feast