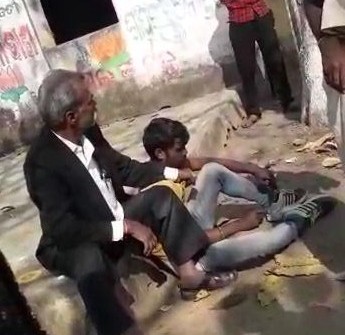 Nayagarh: A lawyer allegedly thrashed his client and forced the latter to do sit-ups in public in Bhapur block of Odisha’s Nayagarh district. A video of the incident surfaced on various social media platforms and went viral.

Irked over the matter, the lawyer assaulted Ajay in the presence of several other lawyers and locals while the victim’s wife has lodged a complaint in this regard with Fategarh police. She yesterday met Nayagarh SP alleging that police was not taking any action against the accused even after registration of case.

Odisha gets testing facility for coronavirus