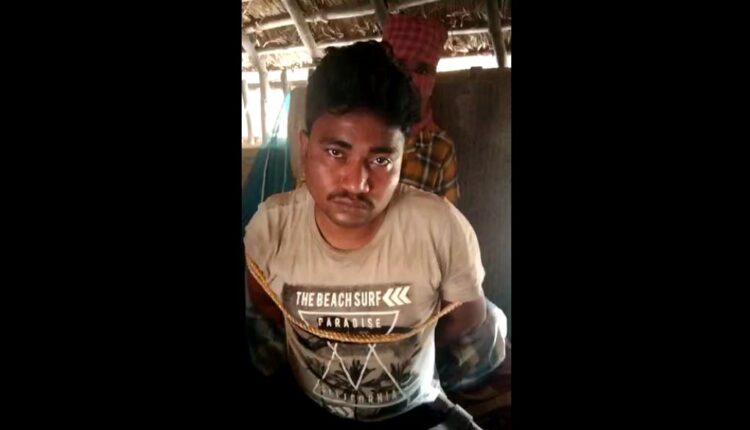 Balasore: A man of Odisha’s Balasore district has allegedly been held captive by unidentified miscreants while the kidnappers have demanded a ransom of Rs 8 lakh from his family. A video of the incident has gone viral on social media.

According to reports, abductee Tapas Mohanty of Keshpur village under Soro police limits received a telephone call on February 28. During the telephonic conversation, a person offered him a job in Kolkata.

On the very day, Tapas left for Kolkata. In the evening, an unidentified person telephoned his wife Sukanti and informed the woman that her husband was abducted. The person demanded Rs 8 lakh from her for the release of Tapas and threatened her to kill her husband in the case of non-payment of the amount.

On March 2, the abductors sent a video of Tapas being held captive at gunpoint to his wife. In the video, Tapas was seen being tied with rope and manhandled by the kidnappers.

On the basis of a complaint lodged by Sukanti, Soro police have started an investigation into the incident.