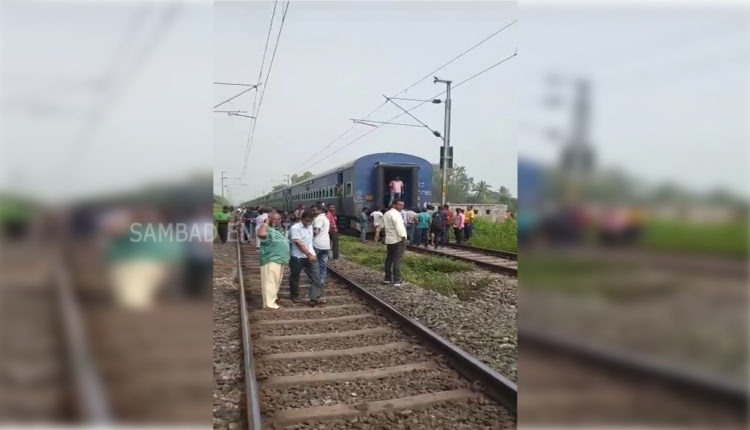 Khordha: A major train mishap was averted after a few bogies of Bhubaneswar- Secunderabad Visakha Express got detached from its engine near Balugaon railway station in Khurda district today. However, all passengers were reportedly safe.

Sources said the Visakha Express was on its way to Secundrabad from Bhubaneswar, when a few bogies decoupled from the engine near Balugaon railway station at around 10.30 AM. The engine moved forward with AC coaches leaving behind the rest compartments. The engine was later stopped after the loco pilot was informed about the incident.

On receiving information, a maintenance team reached the spot for repair work.

In a clarification, East Coast Railway (ECoR) said a glitch in the locking arrangement between two coaches led to the incident.

“The train uncoupled between AC-2 tier and S-1 coach. This appears to be on account of a defect in a particular locking arrangement joining two coaches. After recouping, the train resumed service at around 11 AM. The train went through several periodic checks after that,” said the ECoR in a press release.

The train is being escorted by coach repairing staff, it added.