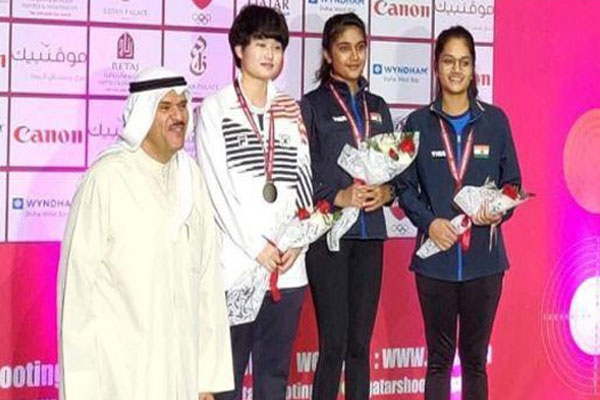 Chinki shot 292 and will be looking to make the final on Friday and take a shot at clinching one of the four available spots for Tokyo 2020. Rahi Sarnobat has already secured the other quota place for India in the event of earlier competitions.

Meanwhile, Vivaan Kapoor and Esha Singh won two gold each as India dominated the junior competitions, where they have accounted for 18 of the 23 medals won so far by the country.

Bhakti Bhaskar Khamkar bagged India’s fifth gold of the day, in 50m rifle 3 positions women junior, with a score of 453.1 in the final.

Bhakti, Ayushi Podder and Nishchal also won the team silver in the event while the trio of Niraj Kumar, Harshrajsinhji Gohil, and Nitish Kumar also did the same in the 50m rifle 3 positions men junior event. Niraj also picked up the individual silver.