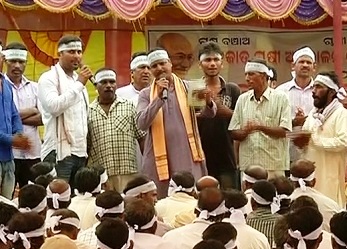 Councillor of ward no-3 in Vyasanagar Municipality of Odisha’s Jajpur district, Mansingh Hembram, whose wife had alleged that her husband has been kidnapped, returned home last evening and denied of being abducted.

“No one had kidnapped. I had gone to Puri for a visit,” said Hembram.

Notably, his wife had lodged a complaint at the Jajpur Road police station alleging that her husband has been kidnapped. As per her complaint, two persons took Hembram with them on a moped on September 13.

Unable to find the whereabouts of her husband and apprehending threat to his life, she had lodged the complaint.