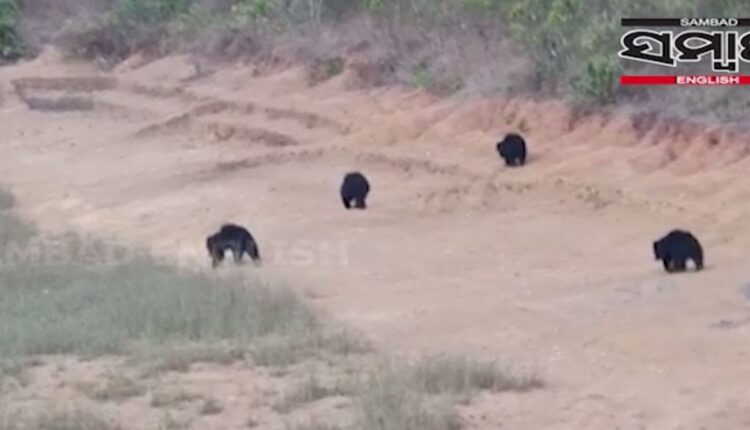 Nabarangpur: Four bears were spotted together on the main road during daytime around Sindhiguda village in Nabarangpur district. Though the bears did not cause any harm to any villagers or passerby, locals are in a state of panic.

A local said as the village forest is located close to Sindhiguda village, bears used to venture into human habitation in search of food. But this time, four bears together roaming on the main road during daytime has caused a fear among the villagers.

Last year around this time, an elderly woman died in a bear attack when she went to the village forest to collect firewood.