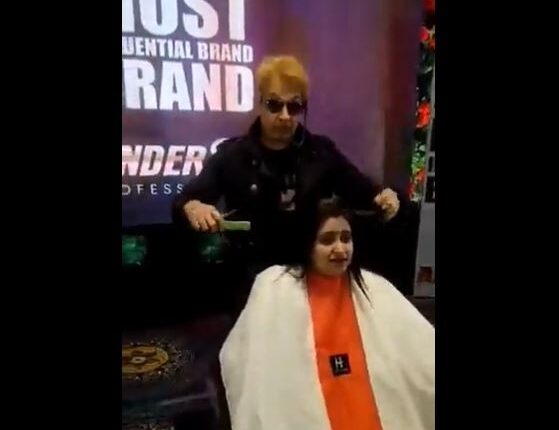 Muzaffarnagar: An FIR has been registered against hairstylist Jawed Habib after a video went viral showing him spitting on a woman’s head while giving her a haircut.

Following this, another video of the woman, Pooja Gupta, narrating the incident also went viral.

The woman explained her displeasure over the incident and said she would never get a haircut from Habib again.

The video was of a seminar conducted by the hairstylist on January 3.

In the video, Habib is heard telling the audience: “If there is a shortage of water, use saliva.”

Jawed Habib, the hairdresser found spittíng on the head of a customer.!!

The FIR was lodged at Mansurpur police station in Muzaffarnagar on a complaint filed by Gupta.

Habib has been booked under Section 355 (assault or criminal force with intent to dishonour person, otherwise than on grave provocation) of the Indian Penal Code and the Epidemic Diseases Act, 1897, the police said.

No paracetamol for children in 15-18 group receiving Covid-19 vaccines: Doctors

Classes suspended for 2 days at Rajendra University after COVID detection