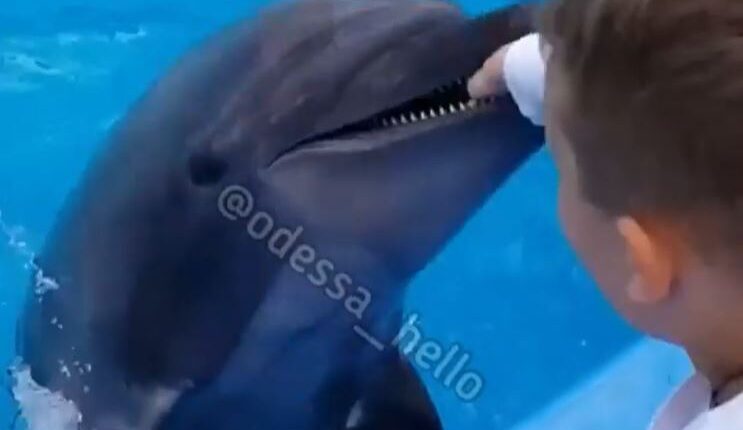 Bhubaneswar: A shocking video on the internet has caught everyone’s attention.

The viral clip features a dolphin which leaps out of a pool and bites a six-year-old boy’s hand.

The incident reportedly took place at the Nemo Dolphinarium in Odessa, Ukraine, on Sunday according to the Daily Mail. The video, shot by the boy’s mother standing behind him, has gone viral on the internet.

The video grabs the moment when a six-year-old child is standing close to a pool with his hands outstretched. A dolphin is soon seen jumping out of the water and biting his hand. The boy screams in pain before the dolphin lets go of his hand before retreating into the water.

According to reports, the boy received wounds on his hand and had to be taken to a hospital to get them stitched.

The dolphin’s trainer insists that the mammal mistook the boy’s hand for food as an arm stretched above the water is a signal for treats.

“A hand, stretched above the water, means that somebody offers a treat,” said Olena Komogorova, the Dolphinarium’s head trainer.