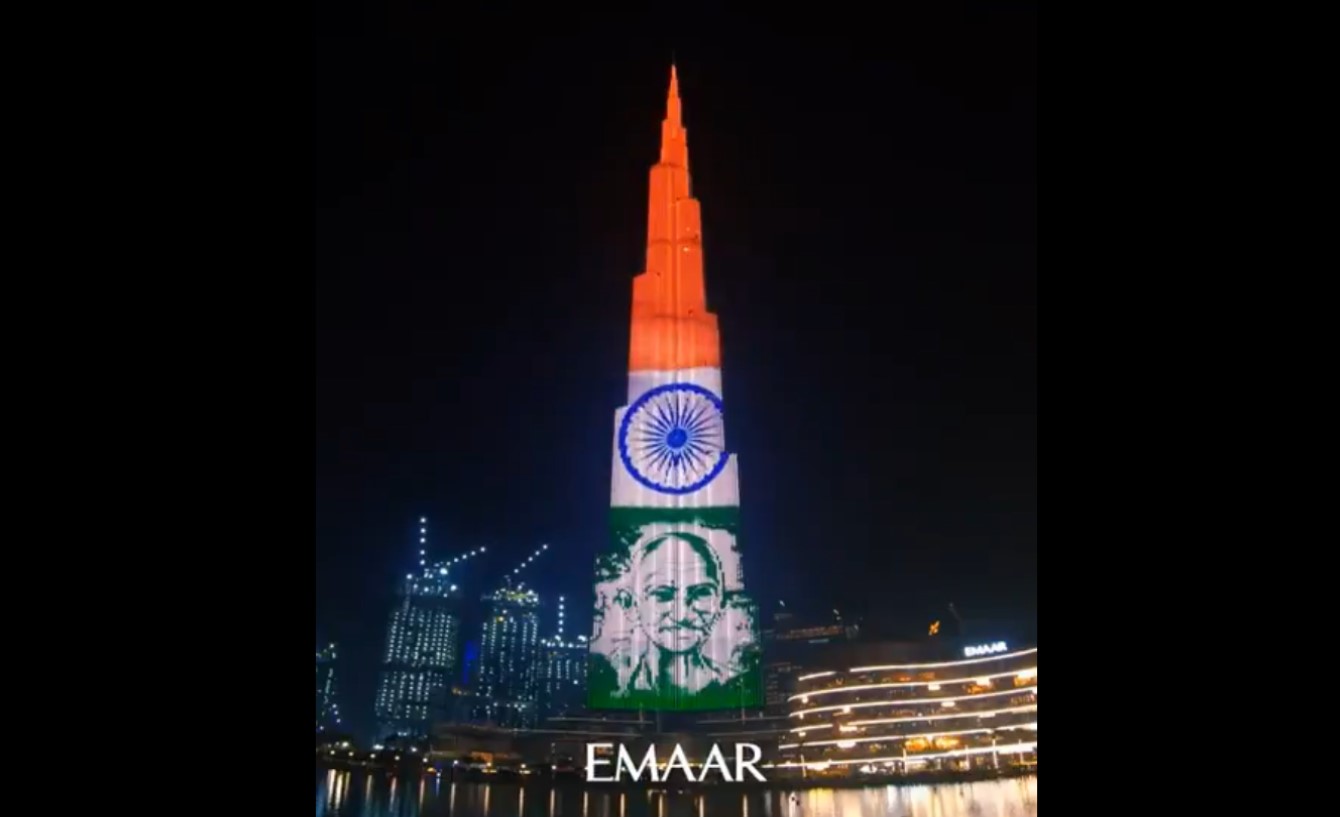 Bhubaneswar: In what could be a fitting tribute to the ‘Father of the Nation’ outside India on his 150th birth anniversary, Dubai’s Burj Khalifa, the tallest tower in the world, was lit up with Mahatma Gandhi’s images yesterday.

With a fusion of Gandhi’s ‘favourite’ Bhajan ‘Vaishnava Jana To’ playing on the background, the 829.8m tall Burj Khalifa showcased a slideshow of Gandhi’s images and the Indian flag.

A clip of the slideshow shared by the Consulate General of India, Dubai on social that has gone viral and appreciated by people from all quarters.

Gandhi Jayanti was observed not only in India but also at several places across the globe.

Another 20-second video that is trending on social media platform Twitter shows a Saudi singer singing ‘Vaishnava Jana To’ during Gandhi Jayanti celebration organised by Embassy of India, Riyadh.

While the accent of the Saudi man has surprised many, the video has so far grossed around 20,000 views.

A Saudi singer singing Gandhijis favourite bhajan “Vaishnava Jana To” in the #GandhiJayanti Celebrations in #Riyadh organised by @IndianEmbRiyadh pic.twitter.com/7PPlbJ6Ckc

Lecturer’s wife duped of over Rs 23 lakh in Odisha