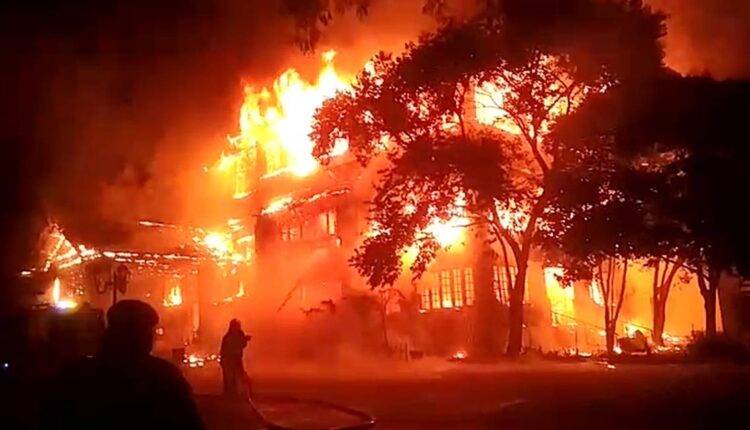 Hyderabad: The iconic Secunderabad Club, which has been in existence since 1878, was totally gutted following a massive fire on Sunday, police said

According to police officials, club security had informed them about the incident at around 2.30 a.m.

Police vehicles on patrol duty also noticed the flames and reached the spot around the time.

As many as eight fire tenders were rushed to the spot and battled for hours to extinguish the flames.

The heritage structure is spread over 60,000 sq.ft and is made up of three floors.

According to initial reports, the fire began in the first floor and quickly spread to the remaining floors.

The administrative sections of the club are located on the first floor. The gutted main building also housed the reception, dining, ball room, and kitchen areas.

The rapid spread of the fire is being attributed to the extensive use of wood in the heritage building.

Initial estimates peg the damage to property at around Rs 20 crore.