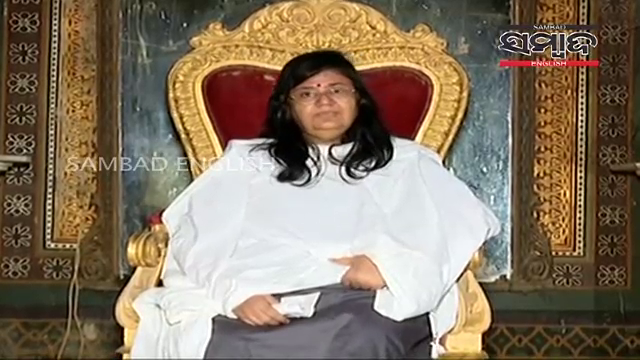 Paralakhemundi: A day after Paralakhemundi King Gopinath Gajapati Narayan Deo passed away undergoing treatment at a hospital in Bhubaneswar, coronation of his only daughter Kalyani Devi as the head of the royal family was held today.

With this, she became the first woman to be crowned as the princess of the royal family.

Kalyani Devi, who joined BJD in February last year, had contested in 2019 elections from Paralakhemundi Assembly Constituency. However, she was defeated by Congress’ K Surya Rao. It is pertinent to mention  here that she has been performing the holy ritual of Chhera Pahanra during Rath Jatra of Lord Jagannath and his siblings here since 2017.

The Gajapati, who was undergoing treatment at a private hospital in Bhubaneswar due to heart-related ailment, passed away at around 4 am yesterday. He was under medication for over three years. Born in 1943, the septuagenarian was elected as Berhampur MP on Congress ticket for twice in 1989 and 1991. He joined BJP in 1998 before shifting to BJD in 2009.

Following his death, Narayan Deo’s mortal remains were taken in a procession here before being consigned to flames. Kalyani performed the last rites at Darbar Hall of the palace with Vedic rituals.