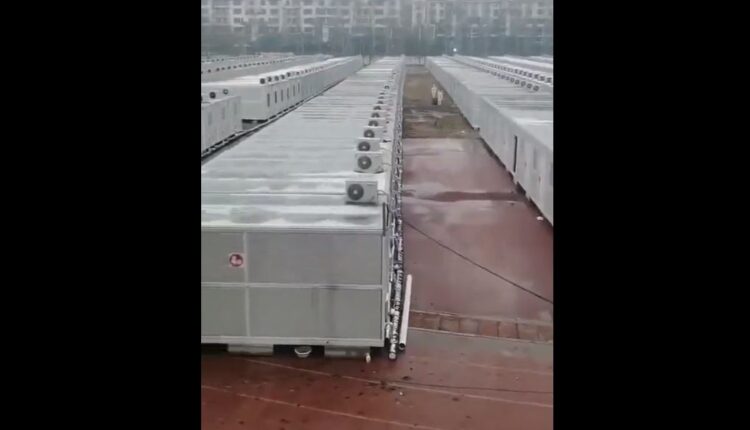 The Communist country is attempting to eradicate the virus despite warnings that the more infectious Omicron variant makes a Zero Covid strategy impossible, even with the draconian measures used by Beijing, the report said.

There are now a total of 20 million people confined to their homes in China after the cities of Anyang and Yuzhou joined the 13 million in Xi’an under quarantine and banned from leaving their home even to buy food.

Anyang, home to 5.5 million people, was locked down late Monday after two cases of the the Omicron variant were reported — and some residents of the locked-down cities have told the BBC that they were part of a ‘big transfer’ of thousands of people to the camps.

Pregnant women, children and the elderly are believed to be among those sent to the Xi’an camps, with insiders sharing the horrors of their detention in the Zero Covid state, the report said.

Footage widely shared online shows people in the tiny boxes furnished with a wooden bed and a toilet, where they are forced to remain for as long as two weeks.