[Watch] Man gets punished by cow for harassing dog 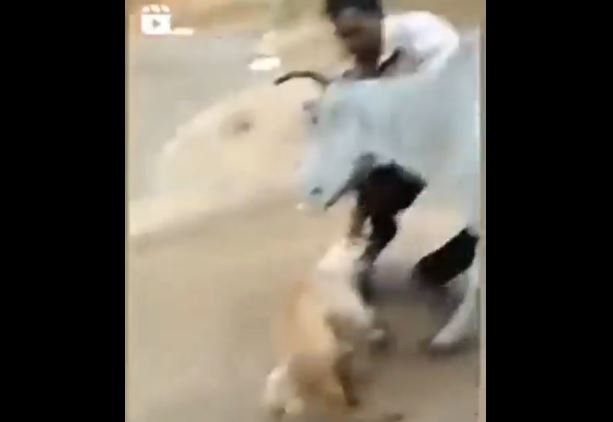 Bhubaneswar: Any kind of harassment or torture of animals is condemnable. Though some people witnessed a man abusing a dog, they remained mute spectators. Instead of helping the canine, they filmed the incident.

Later a cow intervened and came to the rescue of the dog. In the video clip shared by Indian Forest Service (IFS) officer Susanta Nanda on Twitter, it can be seen the cow punished the man who abused the dog.

In the initial few minutes of the video clip, the man in checkered shirt and trousers was seen dragging the canine by its neck while the animal was whining in pain. As he kept harassing the dog, a cow barged into the scene and pushed the canine aside. The cow then mauled the man during which the video clip ends abruptly.

As soon as the video was shared, Twitteratis reacted and criticized the person who filmed the incident. One of the social media users replied to the video and wrote, “Humans were busy recording, one animal understood the other and helped. Indeed we have reached far as species .…..”

Whereas, another Twitterati reacted, “Instant Karma.”

“Too good for cow that she helped the poor doggie but why that another human kept in recording instead of freeing the doggie,” another user of the social media stated.

Cannot have complete ban on firecrackers, says Supreme Court in a ruling