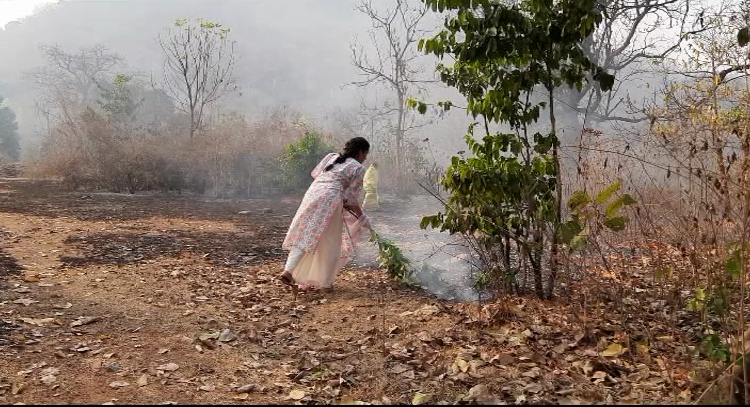 Baripada: Amidst fire in Similipal Biosphere Reserve that is raging for more than a week and caused widespread concerns among environmentalists from across the globe, an initiative by royal family members of Mayurbhanj in extinguishing fire, won hearts of millions.

In the video, she can be seen along with her mother Rashmi Rajyalaxmi Bhanjdeo dousing the flames in a small portion of the Similipal forest.

According to reports, the young royal collected data about cause of wildfire after discussing with the locals.

Akshita is said to have cancelled all her official programmes and visited the forest yesterday after returning to Belgadia palace. During her field visit at Talabandha area from Bhagirathipur in the forest, she succeeded to put out the flames in few portion of the forest.

Akshita was fist to bring the wildfire to notice of the government as well as environmentalists on a microblogging site Twitter following which the concern poured in from across the world to save the biosphere.