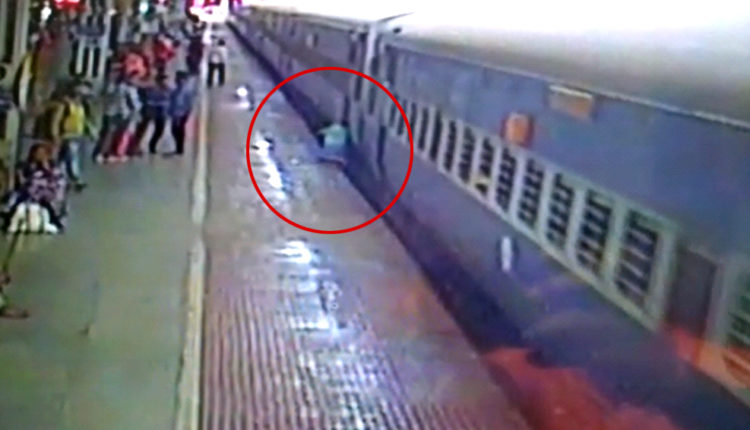 Jharsuguda: A 60-year-old man miraculously escaped the jaws of death after he slipped down the platform while trying to board a moving train at Jharsuguda railway station here today.

However, the passenger identified as Rakesh Talwar, a resident of Sambalpur, was later found safe.

Sources said Rajesh was traveling from Howrah to Sambalpur with his wife and son in Samaleswari Express. At around 8.30 am, when the train halted at Jharsuguda railway station, Rajesh got off the train to have tea. As the train started departing the station, Rajesh ran immediately to catch the train. While attempting to get on the moving train, Rajesh slipped and fell down the platform.

Soon after, two RPF personnel present at the spot rushed to his rescue and saved his life. Later, the train stopped after a passenger pulled the emergency chain.

However, it is yet to be ascertained whether the man suffered any internal injuries during the mishap.