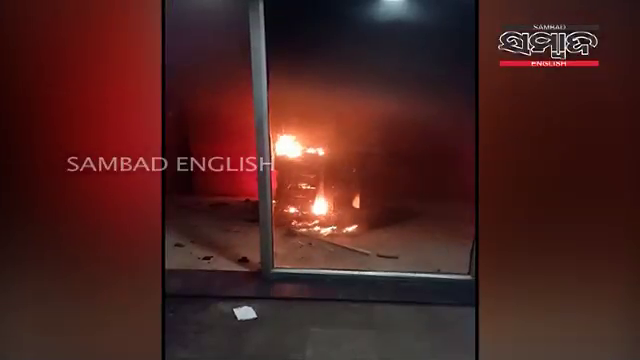 Sambalpur: An ATM located near a temple in Thelkuli police station area here was allegedly set on fire by unidentified miscreants last night.

It is alleged that the miscreants set the Axis Bank ATM ablaze after failing to loot cash from it late last night. Surprisingly, the ATM was located only a kilometre away from the police station.

9 held for looting bank staffers of Rs 35 lakh in…

2 killed as motorcycle falls off bridge in Odisha’s…

However. the amount of cash kept in the cash machine has not been ascertained yet. Though no complaint was lodged with police on behalf of the bank till last reports came in, the cops had begun an inquiry and were conducting raids to nab the hooligans.