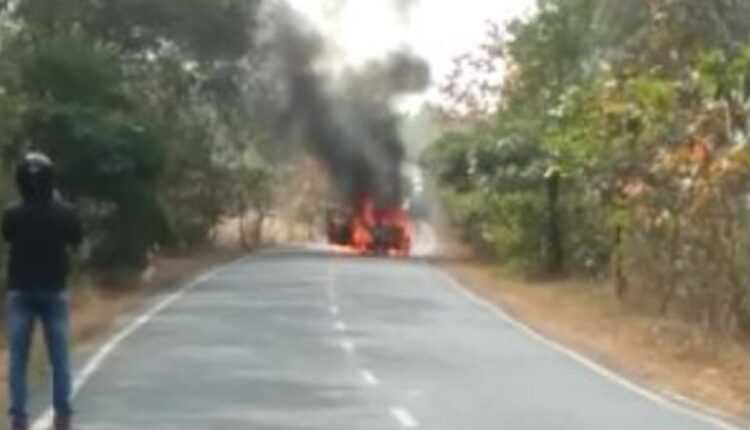 Nabarangpur: Narrow escape for a car driver after the car he was driving caught fire near Kurlu ghat in Odisha’s Nabarangpur district today.

The car driver, Prasanna Pradhan drove the car after its repair work at a garage in Nabarangpur in the forenoon. On the way towards Bijaraguda, smoke emanated from the vehicle’s engine near Kurlu ghat.

The car’s owner Bhima Nayak, who was following the car riding a motorcycle, initially spotted the smoke and halted the car. As the car owner opened the vehicle’s bonnet, fire broke out in its front side.

But due to a delayed response of the Fire Service personnel, the vehicle was gutted within no minutes, alleged the car owner adding that the mishap might be due to a short circuit or technical issue.

car catches firefire broke out in carnarrow escape for driver