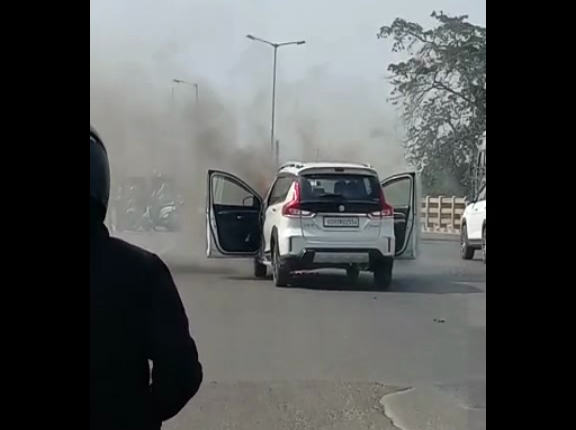 Bhubaneswar: All occupants in an SUV had a very narrow escape after their vehicle caught fire on Rasulgarh flyover here in the city today.

According to reports, the moving SUV suddenly caught fire on the flyover at Rasulgarh area in the afternoon.

Sources said that one of the occupants first noticed the smoke inside the SUV. Later, all including the driver managed to get out of the vehicle safely. The SUV was completely gutted within a moment.

On receiving information, the firefighters reached the spot to douse the flames.

The preliminary investigation indicated that the fire was caused by a short circuit.

Dermatologists advise against the use of fairness creams