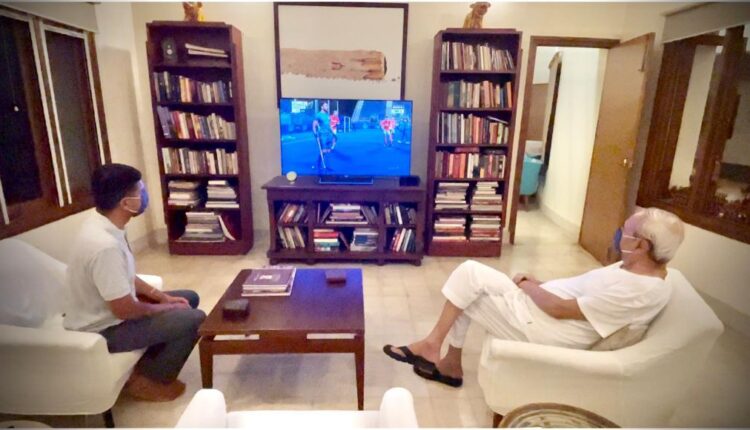 Patnaik along with Private Secretary to the Chief Minister VK Pandian, enjoyed the live telecast of the men’s hockey quarterfinal match between India and Great Britain in the Games at his residence in Bhubaneswar.

Expressing his joy over the Indian team’s victory over Great Britain, the Chief Minister said that the national team has come out with flying colours in the quarterfinal. He expressed hope that the team will keep up the momentum to win both the semis and the Olympic final.

It may be mentioned here that Odisha Govt is the sponsor of Indian Hockey team, both men and women for five years since 2018.

Odisha is the only state that is promoting a national game in the entire country. Odisha is the cradle of hockey and the state government is putting a premium on hockey to help India regain its dominance in global hockey.

It may be mentioned here that both Indian men’s hockey and Indian women’s hockey team are entering into Olympic semis and quarters after 41 years respectively .

In the semis, India men’s hockey team will take on Belgium.