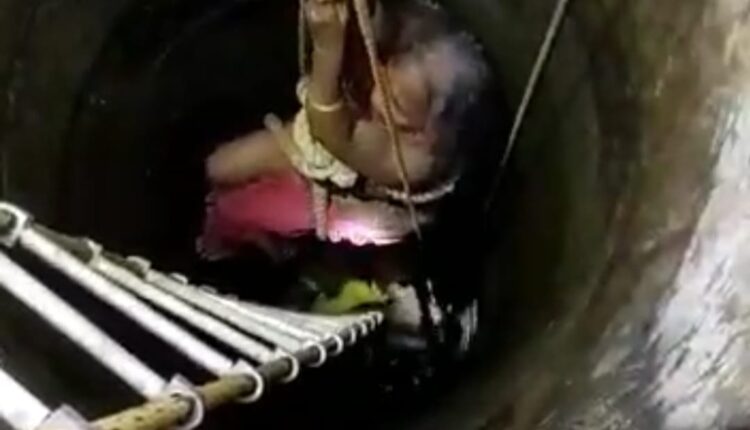 Chhatrapur: A firefighting team in Chhatrapur of Ganjam district won hearts of many for their prompt action to save two lives including a septuagenarian woman from a 40-ft deep well.

The incident was reported from Kumarbegapalli village under Chhatrapur police limits.

According to reports, the 75-year-old woman Arnapurna Gouda had fallen into a well at around 8.00 am today. Without making any delay, the old woman’s son Tirupati Gouda (55) jumped into the deep well to save his drowning mother.

While the mother-son duo was struggling to the get out of the well, a firefighting team reached the spot after being informed by the villagers and launched the rescue operation. They managed to rescue the two from well. The entire operation took more than 2 hours.

As the old woman had fallen critical in the incident, she has been admitted to the Sub-Divisional Hospital (SDH), Chhatrapur, for treatment.