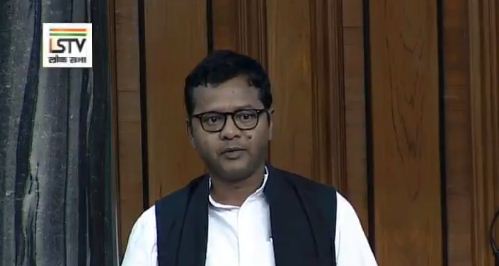 “This (Smitarani Biswal’s death) is mysterious because the facts behind her death are yet to be ascertained and the suspicious manner in which the local police are investigating the matter. Without any investigation, it has been declared suicide and made public by none other than the accused. It is very sad that the administration has accepted it and is character shaming the victim. We demand CBI investigation in the matter,” Ulaka said during the Zero Hour.

Demanded CBI Investigations in Lady PEO death in #Odisha during ‘Zero Hour’ today in Parliament. You cant silence my voice thinking am the lone Congress MP, will keep on fighting till justice is delivered. pic.twitter.com/fVmSQKnFRq

On the other hand, Puri MP Pinaki Misra criticised Ulaka for raising the issue in Lok Sabha saying that it is ‘purely a state matter’ and sub-judice. The matter has already been discussed in the Odisha Legislative Assembly, he added.

The PEO’s death issue had earlier rocked the Odisha Legislative Assembly during the Winter Session as opposition BJP and Congress members created ruckus demanding a CBI/SIT probe. However, Chief Minister Naveen Patnaik had said the death was attributed to suicide as per the post-mortem report.

Notably, Smitarani Biswal was on October 16 found hanging at a guesthouse owned by one Rupesh Bhadra. He was arrested a day after on the charge of abetting suicide.

Proposal for Medical College in Bhadrak under consideration: Odisha Min