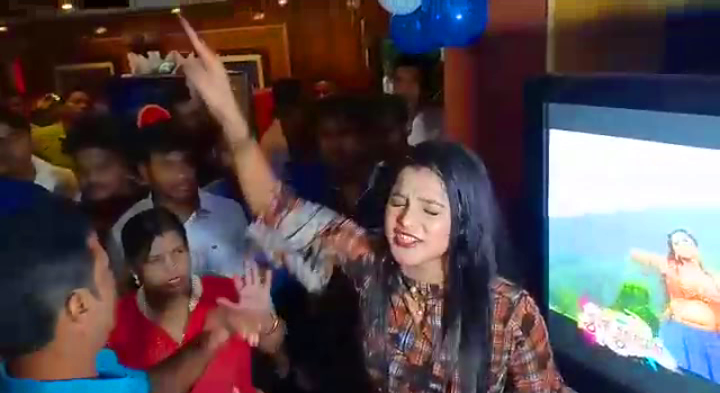 Bhubaneswar: Tension ran high at a hotel here during the audio release of an Odia movie last night after the actress of the movie brought allegations of mental harassment against the director of the flick.

A video footage of the incident has gone viral on social media.

The actress started shouting at the director alleging that she has been mentally tortured by him during shooting of the movie. She alleged that Panda has intentionally deleted some of her scenes from the movie and harassed her mentally. Elsha further alleged that Panda misbehaved with her and her mother during the audio release.

In the video, the actress was also seen threatening the director to disclose what he has done to her during the shooting.

“I have lost my patience now. He has misbehaved with me and my mother. I am mentally tortured by Dileep Panda,” the actress said.

However, no police complaint was registered in this connection till the last report came in.

On the other hand, the Director has denied the allegation terming it as ‘false and fabricated’.

Interesting watch: Odisha CM’s this gesture will bring out the kid in you