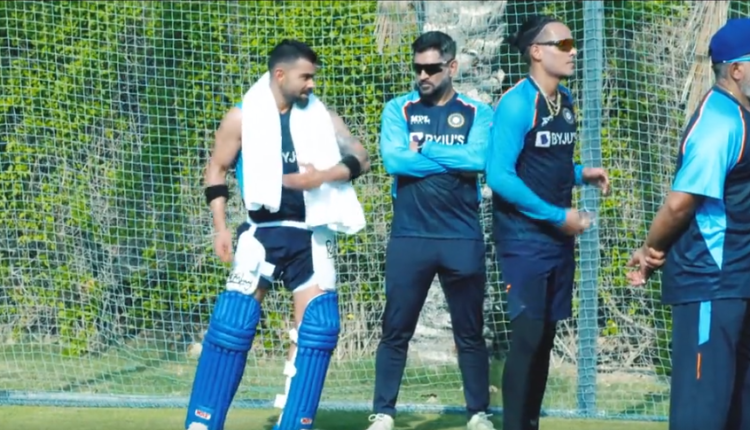 Dubai/Bhubaneswar: Ahead of the epic showdown between archrivals India and Pakistan on Sunday, a bit of fun and banter was recorded off the field in Dubai.

A Pakistani anchor, recording KL Rahul, MS Dhoni and Jasprit Bumrah who were presumably walking off the field after a training session on Saturday evening, jokingly urged the Indian players to not perform to the best of their abilities on Sunday.

Later, Team India mentor Dhoni was seen walking off with pacer Bumrah. Pasha requested Dhoni to not impart his wisdom to Team India in the clash against Pakistan.

India last hosted Pakistan in a bilateral series in 2013 and the teams now meet only in global tournaments. The two teams last met in the group stages of the 2019 ICC Cricket World Cup, with India convincingly defeating the old rivals to maintain their undefeated streak in World Cups.