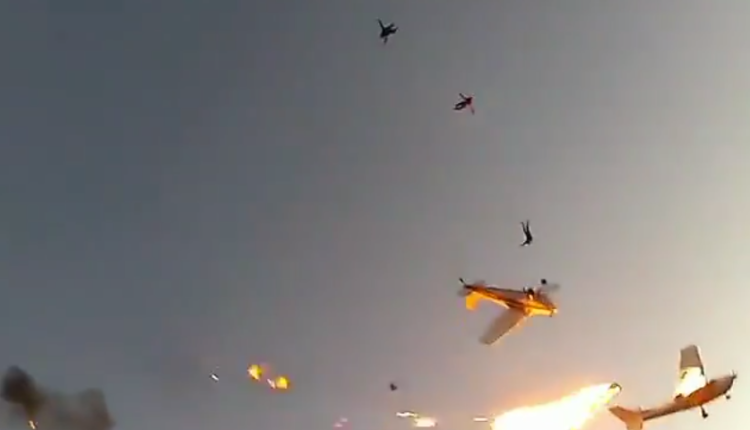 Milwaukee/Bhubaneswar: An old video from 2013 has resurfaced on social media fetching millions of views. The chilling video features the moment when two skydiving planes collided in mid-air.

One plane crash-landed on the ground while the other made its way back to the runway. None of the nine passengers or the two pilots suffered serious injuries in the crash.

According to CNN, the crash happened near Lake Superior, Wisconsin in November 2013. As per the report, the two planes were flying close together and the divers on the planes were supposed to jump in formation. However, the two Cesnas crashed, footage of which has been widely shared across the internet.

Eight years after the incident, video footage of the collision has once again gone viral on social media.

THIS SOME OF THE WILDEST SH*T EVER CAUGHT ON CAMERA 😳😳 pic.twitter.com/IpBo1VAXKD

“This was so crazy scary. I had to look up the story, shocked to hear everyone survived,” said one social media user.

“Bro, how you got all that sky and still hit another plane,” asked someone.

“I can’t believe nobody got seriously injured,” wrote another.

“We do this all the time. We just don’t know what happened for sure that caused this,” skydiving instructor Mike Robinson told The Guardian.

“We were just a few seconds away from having a normal skydive when the trail plane came over the top of the lead aircraft and came down on top of it,” he said. “It turned into a big flash fireball, and the wing separated.”

“All of us knew we had a crash. … The wing over our head was gone, so we just left,” he added.