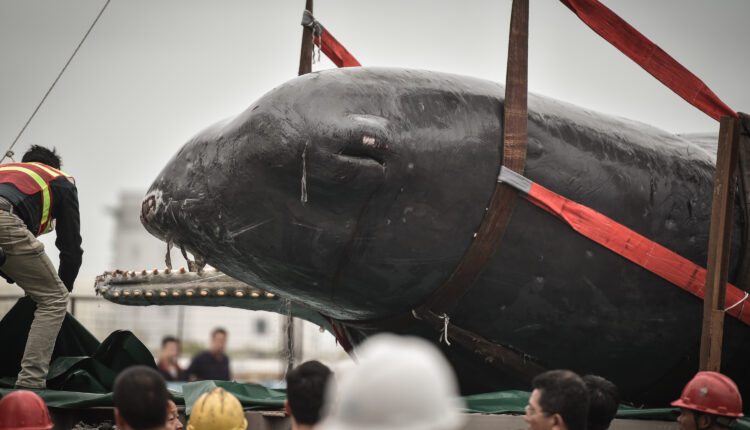 Beijing: After nearly 10 hours of rescue work, nine whales stranded in the waters off east China’s Zhejiang province have been rescued and transported to safe locations, local authorities said.

Two of the mammals have been sent to the Taizhou Ocean World, while two more have gone to the nearby Baisha Bay Park, and the remaining five were transported to a local seafood-breeding company, reports Xinhua news agency.

Local police received a report at about 8 a.m. on Tuesday of 12 whales spotted hundreds of metres from the shore in the city of Linhai, Zhejiang.

A total of 12 whales were spotted washed up on a mudflat in Taizhou, East China’s Zhejiang province, nine of which survived. Rescue operations are underway to save the majestic creatures. #Hangzhou @izhejiang pic.twitter.com/cjY33th8go

It has been speculated that the whales were stranded as it was too late for them to leave when the water receded.

It is not the fishing season in China, so the whales likely swam too close to the shore as there was no disturbance from noisy boat engines and more tempting food sources nearby, according to experts.

The local public security department and fishery department, as well as locals in the fishing industry, rushed to the site to aid the rescue.

Rescue efforts were complicated by the heat, the weight of the whales and their location far from the coast.

The rescuers dug holes for the whales and poured water over them. They also used wet towels to keep the mammals damp, and erected sheds to protect them from the sun, said Zhu Yupeng from the law-enforcement team of the city’s marine and fishery bureau.

“We tried to release one of the whales into the sea during the rescue, but it was washed up on the beach,” said Zhu.

“If they are sick, they might beach again after being released.”

Approximately 150 individuals participated in the rescue effort, which concluded on Tuesday night.