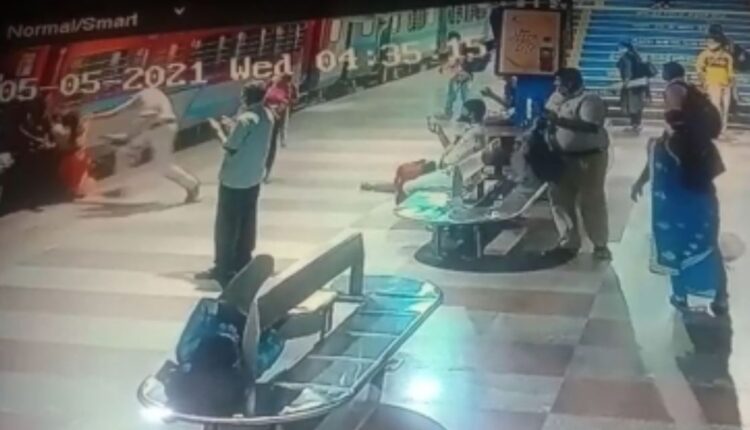 Tirupati: A woman, who slipped and fell from the doorway of a moving train, was saved from certain death by a fast-thinking Railway Police Force (RPF) constable at the Tirupati railway station in the early hours of Wednesday.

The incident occurred at around 4.30 am when a lady passenger tried to alight from the moving Tirumala Express, just when it was leaving the station.

The woman slipped and fell down on the platform, but was saved from slipping through the gap between the railway platform and the train by RPF constable Sateesh, who was on platform duty at the time.

Sateesh swung into action and pulled her away from slipping down into the tracks, preventing her from certain death.

#Angelsaviour #lifesavingact by #rpfscr Guntakal Division
Lady passenger de-boarding from running train at Tirupathi station fell in between the track and train at 04.35 hrs on 05.05.21. RPF CT Sateesh pulled her out of the wheels. @arunkumar783 @PiyushGoyal @RailMinIndia pic.twitter.com/AgXVplBhaa

Railway officials said that the woman and her family had travelled on the train to Tirupati on a pilgrimage to Tirumala. However, they fell asleep by the time the train reached Tirupati, and woke up after the train started to leave the platform. The incident occurred when she and her husband tried to alight from the moving train.

Fortunately for them, the alert RPF constable turned up in time and pulled the woman away from the jaws of death.