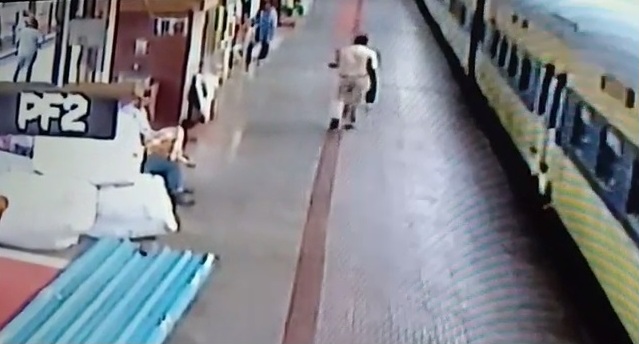 Bhubaneswar: An RPF personnel turned a Good Samaritan when he saved a passenger from getting crushed under a running train in Bhubaneswar Railway Station, last evening.

According to reports, N B Rao, an RPF constable of the Bhubaneswar ACP Prevention Team was on duty on platform no. 2 when the passenger, Najir Mallick, was deboarding from 68408 Bhubaneswar-Bhadrak MEMU train.

Suddenly, while trying to get down from the train Najir fell down in the gap between the platform and the train. Luckily for him, Rao, who was present at the spot, sprang into action and pulled him away from the moving train, thus saving the former’s life.

Minor girl gang-raped by six for a week