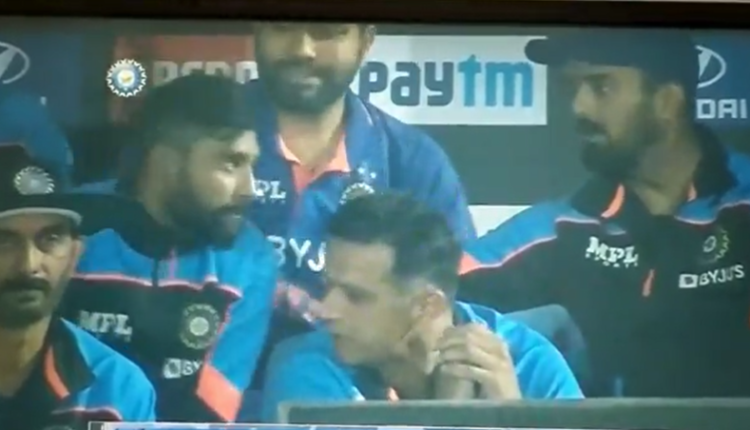 As visuals of the incident hit social media, thousands came up with their own theories as to why Sharma hit Siraj.

“Siraj knows some truth of Rohit which the latter doesn’t want to come out. I fear for our fast bowler’s life. Signing off, your host Arnab from Republic TV,” wrote one social media user.

“I think Siraj farted. Both Rohit and Rahul saw Siraj at the same time,” quipped another.

Brilliant knocks from captain Rohit Sharma (48), Suryakumar Yadav (62) and Rishabh Pant (17*) guided India to a five-wicket win over New Zealand in the thrilling first T20I, taking 1-0 lead in the three-match series at the Sawai Mansingh Stadium on Wednesday.

Team India will play the second T20I against the Black Caps today at the JSCA Stadium in Ranchi.