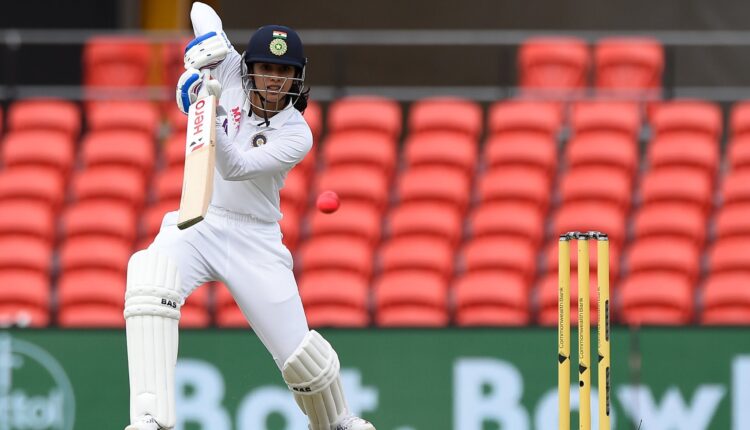 Gold Coast: Indian women’s team opener Smriti Mandhana became the first woman from the country to hit a century on Australian soil in Test cricket during Day 2 of the ongoing Pink-Ball Test against the home side, here on Friday.

The 25-year-old Mandhana, who was 80 not out overnight, maintained her composure and took 171 balls to slam her maiden Test century.

The southpaw brought up her century with a short-arm pull shot off Ellysse Perry in the 52nd over. She later got out after scoring 127 off 216 balls, which included 22 boundaries and a six at the Carrara Oval.

Smriti Mandhana – first Indian women cricketer to score a Pink Ball Test ton. What a knock, what a class. pic.twitter.com/9K5Y4bXExB

The classy left-hander’s innings also put India in complete control of the one-off Test being played in Queensland.

Mandhana, earlier, had said that she was not thinking about the century and her main focus is on batting long.

“Not thinking about triple figures at the moment, the team needs me to bat well and, in the process, if I get one…I am just watching the ball and reacting,” Smriti had said during the virtual press conference on Thursday.

The Indian opener’s excellent performance will also give a bright hope to her Women’s Big Bash League (WBBL) side Sydney Thunder this season.

Defending champions Thunder recently signed up Mandhana as they look to start their title defence next month.