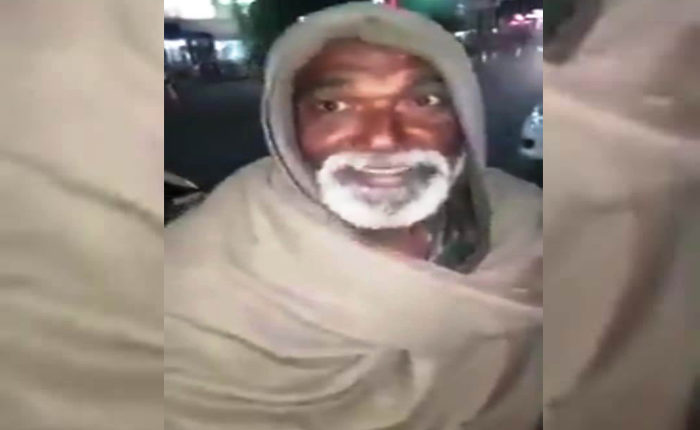 Patna: Amid the COVID-19 gloom, a video of a beggar from the streets of Patna singing veteran American singer Jim Reeves’s song and speaking fluent English, has left the netizens awestruck.

In the video, the man, who looked like a jolly man with free-spirits, was seen introducing himself as ‘Sunny Baba’ and having a casual conversation  with a man behind the camera in fluent English. The video was shared on Twitter by one Vandana Jayrajan with caption “This man, a beggar from Patna sings Jim Reeves ‘He’ll have to go. Priceless.”

In the beginning of the video, Sunny Baba was asked what he does in his day-to-day life, to which he spontaneously replied, “I beg.” After that, when he was asked about his meals, he replied with an effortless smile and lit up eyes, “Whatever the Almighty gives me, I’m happy with that.”

Later, Sunny Baba was seen saying that he is a singer and a dancer. Curious about his statement, when the man behind the camera asked him if he could sing a few lines, the elderly man said, “Why not!” and started singing ‘He’ll have to go’.

The video of the jolly man went viral on social media platforms overnight. While some viewers loved his spirits and appreciated his accent, some were left wondering what would have dragged him to the streets.

One user wrote, “What is impressive about him is he is happy and contented…that’s a great quality.”
Another user wrote, “Wonder what circumstances would have compelled him to be on the streets and beg!”

Check out the video here:

This man, a beggar from Patna sings Jim Reeves “He’ll have to go”.
Priceless ❤️ pic.twitter.com/lJdoRjrxMa