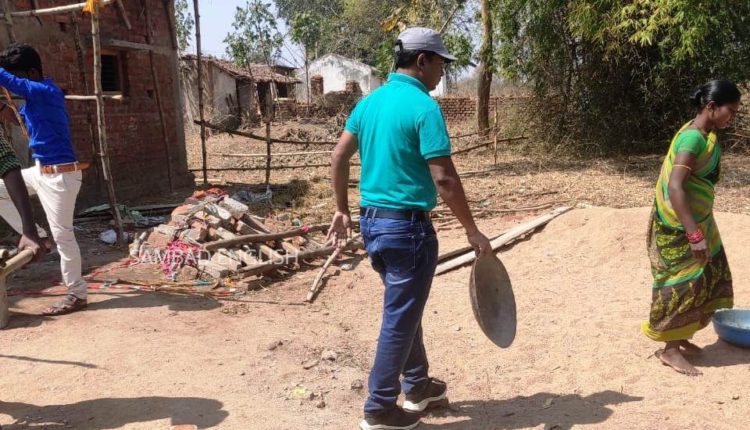 Nabarangpur: At a time when bureaucrats are often criticised for allegedly not being aware of grassroots realities, Chandahandi BDO Dharmaraj Majhi has set an example by working as a labourer for construction of a house under the Pradhan Mantri Awas Yojana (PMAY) in Odisha’s Nabarangpur district.

According to reports, a beneficiary of PMAY in Pipalpada village under Chandahandi block of the district was unable to complete the house construction reportedly due to unavailability of workers. As the BDO came to know about the matter, he reached the village along with the local Panchayat Extension Officer (PEO).

Villagers were taken aback as BDO Majhi extended help for construction of the house as a worker. He was also seen carrying concrete on sling with locals. The BDO’s act has earned accolades and praises for him.

#Exemplary: Chandahandi BDO Dharmaraj Majhi extends help in construction of a house under PMAY in #Nabarangpur district of #Odisha.

Passport not mandatory for foreigners for applying for citizenship