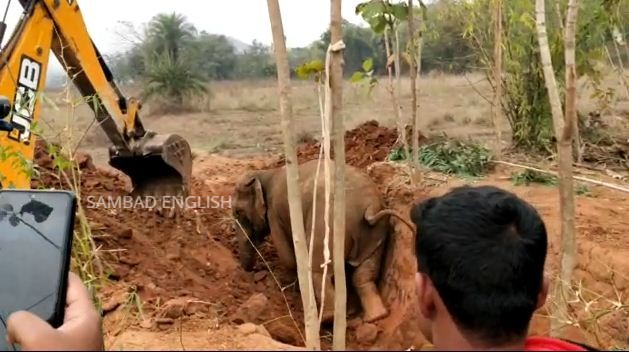 On being informed by locals, staffers of Digapahandi Forest Division recahed the spot this morning and initiated rescue operation. An excavator was used to excavate soil in order to facilitate the pachyderm to come out of the ditch.

They eventually managed to rescue the animal with help from villagers.

#WatchVideo: An elephant, which fell into a ditch in Sheragada area of #Odisha‘s #Ganjam district, was rescued by Forest dept officials. pic.twitter.com/WgrWPnQnOd