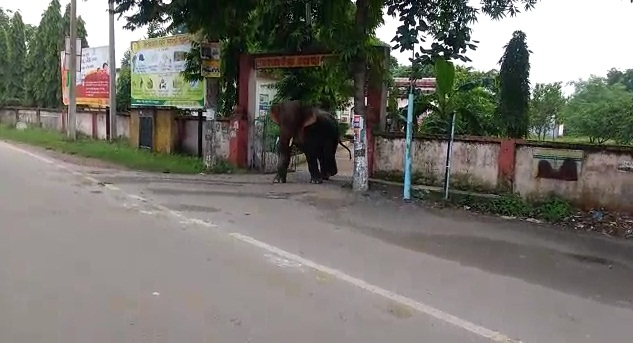 According to reports, the three jumbos were spotted near the hospital this morning around 7 am. The animals then went inside the hospital premises leaving many panic-stricken.

On being informed, Forest officials reached the spot and initiated efforts to ward off the elephants. Fortunately, the pachyderms headed towards a nearby forest without causing any damage.

Odisha man posts videos of intimacy with girlfriend on Facebook

Odisha farmers to get Android smartphones