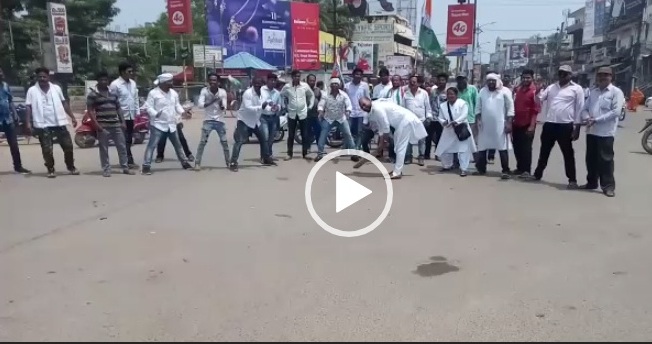 Cuttack: At a time when residents of Odisha’s Cuttack city were going through inconvenience due to observance of bandh by the Congress, party’s district committee president Mohammed Moquim was seemingly enjoying cricket with many party workers on the deserted road at Badambadi here.

While movement of vehicles had come to a grinding halt in the city owing to road blockade at various junctions including Badambadi, Moquim along with Congress workers turned the road into cricket pitch as he took a bat and faced several deliveries on the street.

The party workers, who turned fielders, were seen cheering for Moquim after his shots.

“The Badambadi Chhak was completely deserted today and we took the opportunity to play cricket here. The Congress will remain not out in this cricket match,” said an evidently happy Moquim.