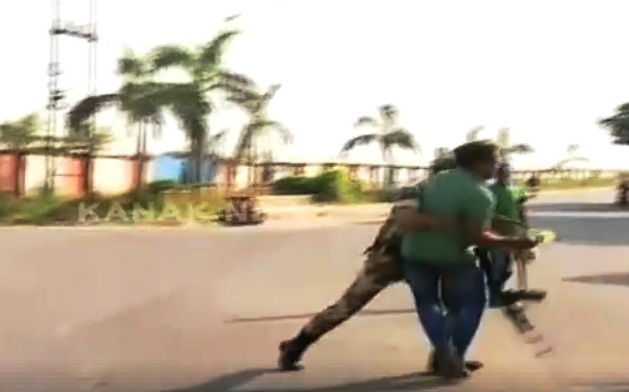 Sunil Kumar Chakra of Gadabandhageda village in Ghasipura area of Keonjhar district was stopped by security personnel before he could take the extreme step of committing suicide.

He was later taken into police custody.

“I came here to commit suicide. Those raising voice against the ruling party are getting deprived from availing Indira Awas Yojna houses,” he said to media persons before being taken into custody.