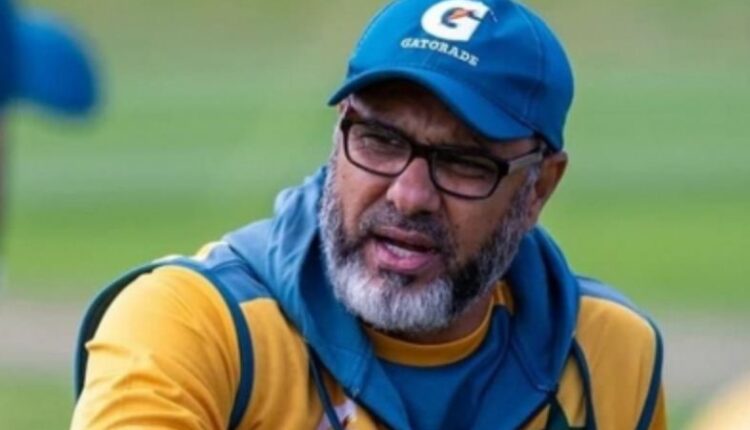 Dubai: Former Pakistan pace bowler Waqar Younis on Wednesday tendered an apology “with folded hands” for the controversial remark he made after the Babar Azam-led side defeated India by 10 wickets in the ICC T20 World Cup ‘Super 12’ game on October 24.

Younis, who is also the Pakistan cricket team’s former bowling coach and resigned just a month before the start of the ICC T20 World Cup, was slammed by former India cricketers and commentators for his controversial statement that opener Mohammad Rizwan offering namaz “in front of Hindus (during the match) was very special to him”.

But on Friday, Younis posted an apology on social media, saying, “In the heat of the moment, I said something which I did not mean which has hurt the sentiments of many. I apologise for this, this was not intended at all, genuine mistake. Sports unites people regardless of race, colour or religion. #apologies (Folded hands symbol).”

– “I never meant it, it was a Game & it was the heat of the moment, I apologise” @waqyounis99 clarifies on what happened earlier.

In the heat of the moment, I said something which I did not mean which has hurt the sentiments of many. I apologise for this, this was not intended at all, genuine mistake. Sports unites people regardless of race, colour or religion. #apologies 🙏🏻

Former India cricketers Venkatesh Prasad, Aakash Chopra, and noted commentator Harsha Bhogle had slammed Younis after he made the controversial remarks on a TV programme.

In a conversation with Shoaib Akhtar and a Pakistani journalist, the former Pakistan bowling coach said that Rizwan performing ‘namaz’ during the match was a special moment for him.

“Sabse ache baat jo Rizwan ne ki. Usne ground mein khade hoke Naamaz padhi, hinduon ke beech mein…So that was really something very, very special for me. (What I liked most is what Rizwan did. He stood in the middle of the ground and read the prayers, in front of the Hindus),” Waqar was quoted as saying by Arya News.

Waqar’s remark did not go down well with fans and irked several former Indian cricketers as well.

Reacting to his remarks, former India pacer Venkatesh Prasad called Waqar a shameless man. “Hinduon ke beech me khade hoke namaaz padi, that was very, very special for me” — Waqar. Takes jihadi mindset of another level to say this in a sport. What a shameless man,” tweeted Prasad.

Noted Indian commentator Harsha Bhogle also took to Twitter and labelled the statement of the former cricketer as one of the most disappointing things he has heard lately.

“For a person of Waqar Younis’s stature to say that watching Rizwan offering namaz in front of Hindus was very special to him, is one of the most disappointing things I have heard. A lot of us try hard to play such things down and talk up sport and to hear this is terrible,” Bhogle shared a lengthy thread about Younis’ controversial statement on Twitter.

“You would think that cricketers, as ambassadors of our game, would be a little more responsible. I am sure there will be an apology on the way from Waqar. We need to unite the cricket world, not divide it by religion.

“I really hope that a lot of genuine sports lovers in Pakistan are able to see the dangerous side to this statement and join in my disappointment. It makes it very difficult for sports lovers like us to try and tell people it is just sport, just a cricket match,” he added.

The Babar Azam-led Pakistani team defeated Kohli’s India by 10 wickets in the ICC Men’s T20 World Cup 2021 match in Dubai on October 24. Before this game, Pakistan had never won a World Cup match against India in any format.