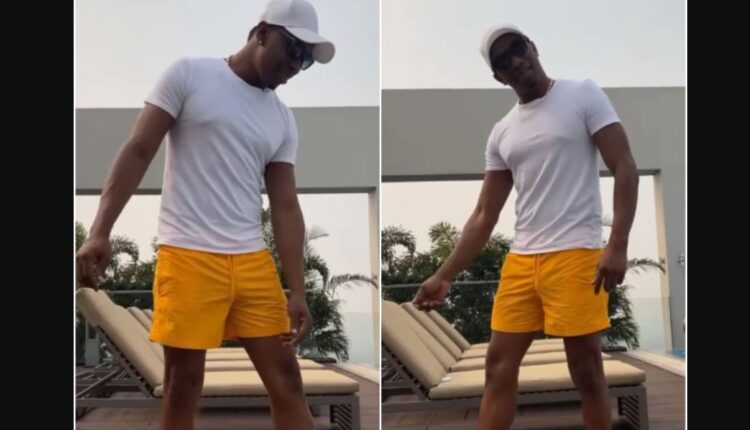 Chennai: The song ‘Srivalli’ from the Telugu blockbuster ‘Pushpa – The Rise’, featuring Allu Arjun and Rashmika Mandanna in the lead, truly seems to have taken the cricketing world by storm.

First, it was Australian cricketer David Warner, who loved the number so much that he put out a video of him replicating actor Allu Arjun’s dance moves for the superhit number. Soon, Suresh Raina followed the Australian batsman.

A post shared by Dwayne Bravo aka SIR Champion🏆 (@djbravo47)

The ‘Chinna Thala’ of Chennai Super Kings showed his dancing skills, by dancing for the same song’s Hindi version.
Hardik Pandya too was not to be left behind and tried shaking a leg for it. Now, DJ Bravo, who is known to be a sport and an absolutely chilled out guy, too has joined the fun.

The caribbean cricketer put out a video of him dancing for the number and wrote, “Going with the trend!!” and asked his friends, David Warner and Suresh Raina, “How did I do!!”