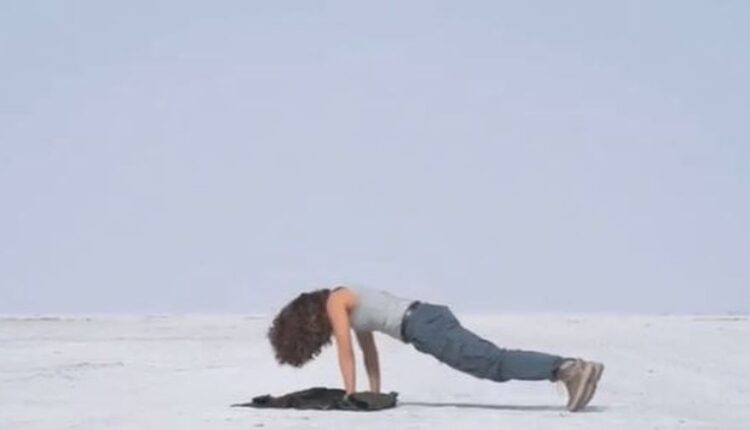 Mumbai: Bollywood actress Taapsee Pannu on Tuesday shared the step-by-step process of making a random video and it is hilarious.

In an Instagram clip, the actress is seen doing push-ups in the middle of Rann of Kutch.

“Step by step process of making a random video in a beautiful location, just coz you have a hidden enthu tourist in you. – Figure out a random activity like Push ups — remove the jacket coz you realise it might make it look like you r touching the floor hence taking away the credit of your newly found strength,” she captioned the clip.

“Just get up pick up apna boria bistar and chalte bano. – And next time find a better activity to do.#RashmiRocket P.S- the song is totally @khamkhaphotoartist ‘#interpretation of this video,” she further wrote.

The actress was has been shooting in Rann of Kutch for her upcoming film, Rashmi Rocket. The film casts her as a runner from the Rann of Kutch who fights for her identity and becomes an athlete. Priyanshu Painyuli plays Taapsee’s husband in the sports drama directed by Akarsh Khurana.

B-Town’s hit actor-director duos are back this year