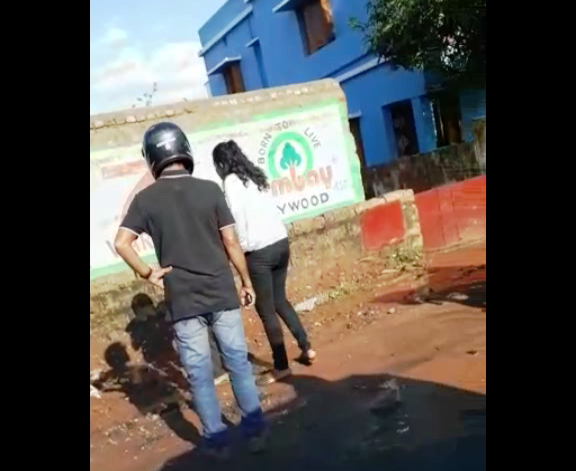 Bhubaneswar: A video showing a young woman forcing two eve-teasers to do sit-up in public in the state capital went viral on social media today. The incident reportedly took place at sound 11 AM yesterday.

Reportedly, the woman identified as Babita Mohanty was riding a scooter in Jagannath Nagar area at Bomikhal here, when two youth followed her on a bike and passed lewd comments at her. The later raised an alarm, following which a crowd gathered at the place and caught them.

After that, the girl reprimanded the two and slapped them for the wrongdoing. Moreover, she forced the duo to do sit up in the public. Later, police handed over the accused over to Laxmi Sagar police.

“They followed me for 5 to 10 minutes and were passing objectionable comments. I felt awkward. Smartly, I later managed to bring them after me to a rush area and intentionally hit their bike. Soon after they fell off, i went on kicking and slapping the duo. I also made them do sit-up,” said Mohanty.