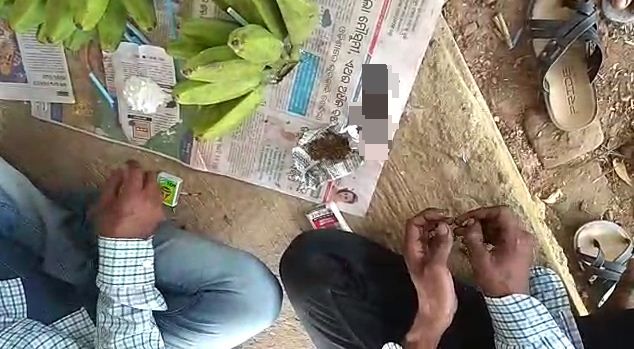 Kendrapara: It seems like drug peddlers have opted non-conventional methods for peddling as a video featuring some college students consuming ganja and brown sugar, which were smuggled being kept in banana bunches, in Rajanagar area of Odisha’s Kendrapara district has surfaced.

The drugs were reportedly transported from Cuttack to Rajanagar weekly market through banana bunches. The same were allegedly peddled in nearby areas with youths, especially college students, being its buyers.

In the video, a group of college students can be seen consuming the drugs near Rajanagar College in the district.