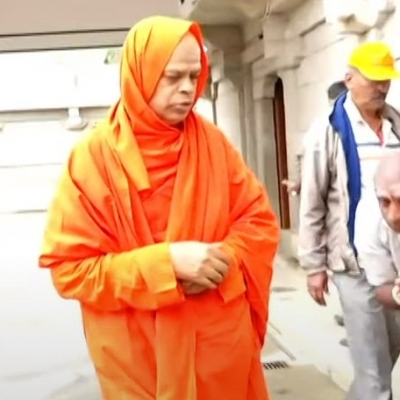 The mother of the two minor girls, who have come forward to lodge a complaint against the arrested rape accused seer, have told police that she helplessly watched her daughters being taken to seer’s private room.

A staffer in the mutt, the woman said though she knew that both her daughters studying and residing in the hostel run by the Chitradurga Muruga Mutt were being violated, she kept quiet fearing the seer’s clout.

The fresh FIR has been lodged against seven persons, including the arrested Dr Shivamurthy Murugha Sharanaru. The seer is the main accused and hostel warden Rashmi is named as accused number two. Junior pontiff Basavaditya, Paramashivaiah, Mahalinga, Gangadharaiah and Karibasappa are also named in the FIR. Two new names have also come up in this FIR.

One of her daughters,the woman said, was sexually exploited by the accused seer till she attained puberty. She had admitted her daughters to SJM Kannada medium school in 2016 in third and first standards. They stayed at the mutt’s residential facility.

Sharanaru would exploit her daughters in his private room. During Covid holidays between 2019 and 2020 the accused seer violated the girls repeatedly.

According to the woman, Rashmi, the girl’s hostel warden who is presently in prison, would send girls to the accused seer forcefully. When the children refused, the other accused would threaten and compell them.

Mahalinga took the children to the seer’s private room and would stand guard to ensure that no one knows about what is happening, police said.

The mother has stated in the complaint that she was in a deep financial crisis after her husband left her. She was with her parents who eked out their livelihood by selling fruits.

The two girls, aged 12 and 14 had approached the CWC in Mysuru on Thursday with their mother and submitted their complaint. The arrested seer is presently in judicial custody till October 21.

They were staying in the Akkamahadevi hostel run by the Chitradurga mutt and had approached the Odanadi NGO in Mysuru city and later the matter was brought before the CWC.

Odanaadi NGO from Mysuru was instrumental in lodging a case against accused seer by the two assault victims earlier.

A local court had rejected the bail petition by the accused five times and also denied any special treatment to him in the prison.

The arrested Lingayat seer is accused of sexually exploiting the minor girls studying at hostels run by the mutt over two decades. The fresh case would be transferred to Chitradurga Rural Police station on Friday.

If one side is not willing then no divorce under Article 142: SC