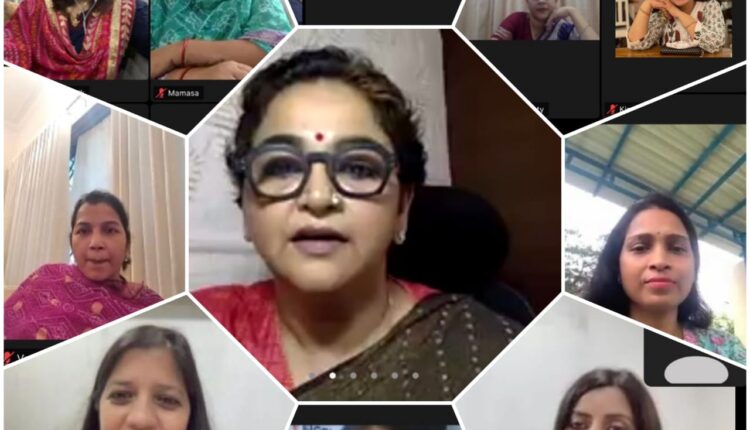 Bhubaneswar: The FLO Bhubaneswar Chapter challenges the pandemic when it comes to learning and growing. It organised a webinar on June 19 featuring Kolkata-based designer, Naina Jain who is famously known as the Bandhani Queen. She spoke about the century-old creativity involved behind an intricate form of handloom called ‘Bandhani’. She also highlighted the origin and history of Bandhani that was immensely insightful and interesting.

According to FLO Bhubaneswar Chairperson, CS Sunita Mohanty, “Webinars like this are not only inspiring for many entrepreneurs but also a step towards highlighting and preserving the rich heritage and culture of our Incredible India.”

The session was moderated and arranged by FLO Members Renu Agarwal and Ritu Gupta and Vote of thanks by FLO Bhubaneswar Secretary, Sonal More.