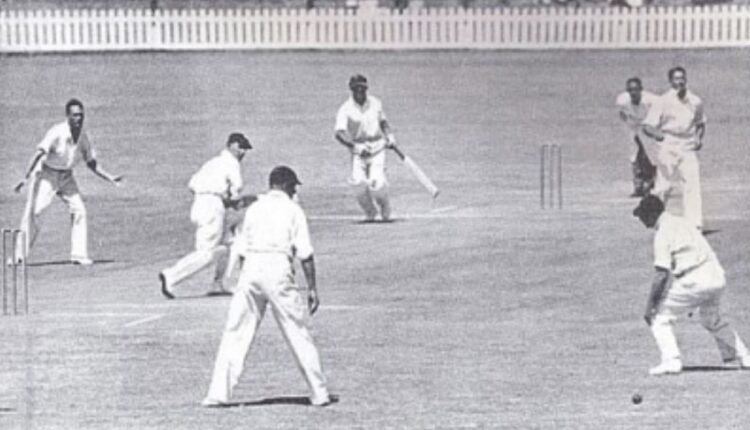 Ageas Bowl (Southampton): In the period between the two World Wars, there arose a concept of timeless cricket Tests. In other words, matches played to a finish without any time restrictions. The most infamous and longest of these was the one at Durban between hosts South Africa and England in March 1939. After 12 days, including of course rest days and washouts, the game ended in a draw!

It was the fifth and final Test of the series. With the tourists leading 1-0, and therefore there being the potential of the hosts squaring the series, an agreement between the two boards kicked in.

England captain Wally Hammond had called correctly in the previous Tests. This time, though, his opposite number Alan Melville won the toss and elected to bat.

At stumps, the South Africans were 229 for two, which extended to 423 for six by the close on the second day, before the innings folded up at 530 on the fourth day. By conclusion that day, England had replied with 35 for one. The third day being a Sunday was a day of rest in observance Christian sentiments.

By culmination on Day Five, England extended their score to 268 for seven. They were then bowled out for 316, thus conceding a first innings lead of 214, on the sixth day, which witnessed the home side increasing their lead by registering 193 for three in the second venture.

That swelled to 481 all out, thereby setting the visitors a monumentally daunting target of 696 to win. On Day Eight, England reached 253 for one. Day Nine was wholly drenched by rain. Day 10 was again a Sunday and thus another rest day.

On the 11th day, England had made quite a fist of the chase by finishing on 496 for three, needing another 200 runs for victory. This was the day when the encounter became the longest ever, eclipsing the Test between England and the West Indies at Kingston in 1930.

Hammond’s squad had missed the ship that departed Durban for England six days earlier. The revised plan was to travel by train to Cape Town and catch up with the boat there. So, the 12th day was declared as the last day, since the Englishmen had to depart the same evening to make the connection.

Another 200 runs were needed for victory. At Tea, the Englishmen had advanced to 654 for five. With only 42 runs required and five wickets in hand, a win was within their grasp. But that is when a heavy, unrelenting downpour prevented further play, leaving a dozen days’ endeavour fruitless. A total of 43 hours and 16 minutes in the middle, 1,981 runs off 5,447 balls had failed to break the deadlock.

The UK’s Guardian recalled how Bill Edrich had experienced a nightmare of a tour, his nightly rendezvous with the bottle his biographer later wrote “passed into the currency of music hall jokes”. Now, however, he stepped up to the plate with a memorable knock of 219.

The Second World War was looming; and the Englishmen didn’t wish to be left stranded far from home in the southern hemisphere. Actually, hostilities between Britain and Germany broke out only six months later.

But Hammond and his men had had enough. The skipper was quoted as saying in his farewell speech: “I don’t think timeless Test matches are in the best interests of the game”.